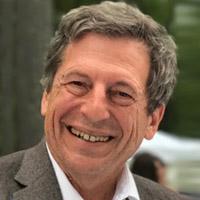 The ALPHA Collaboration at CERN has combined antiprotons and positrons to create and probe antihydrogen atoms. ALPHA can now store over 1000 antihydrogen atoms at a time for thousands of seconds.Â  We have developed techniques to conduct precision physics using minimal numbers of antiatoms. The comparison of antihydrogen and hydrogen spectra are sensitive probes of Charge-Parity-Time (CPT) Symmetry. We have conducted the first precision physics experiments on antihydrogen, measuring the 1S-2S and the hyperfine transition bandwidths to the 10kHz level. The charge of antihydrogen has been limited to less than 0.7ppb of the magnitude of the electron charge, and the Lyman-alpha transition, critical for laser cooling, has been excited. A gravity experiment designed to measure antihydrogen acceleration in the Earthâs field to 1% accuracy is being constructed. In this talk I will describe ALPHAs techniques, physics results, and our plans for the future.

This event was originally scheduled for April 15.