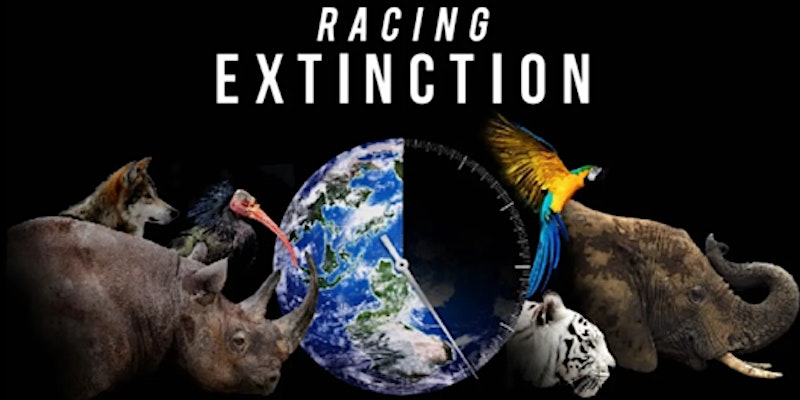 Join us for this important movie for our time.

The film deals with several examples of the overarching theme of theÂ Anthropocene Extinction, in that the spread of Homo sapiens has caused the greatestÂ mass extinctionÂ since theÂ KT eventÂ 66 million years ago, includingÂ global warmingÂ andÂ poaching, and the efforts of scientists, photographers and volunteers to protect endangered species. The film implicatesÂ overpopulation,Â globalisationÂ andÂ animal agricultureÂ as leading causes of extinction.

This special screening of Racing Extinction will be followed by expert commentary and Q&A by Dr. Rodolfo Dirzo, Professor of Environmental Science at Stanford University and Senior Fellow at Stanford Woods Institute for the Environment.