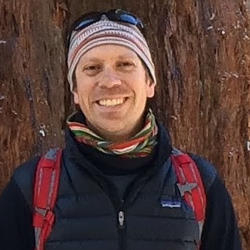 Within our solar system, Earth is the only planet that is affected by wildfires, and wildfire has been a constant presence on the planet since at least the Silurian period. However, the effect of wildfire on the earthâs surface remains relatively under-studied. Many studies of earth surface processes focus on how fluids (e.g. wind, water, ice) directly shape the earth through sediment transport. Wildfire does not directly transport sediment. However, wildfire is a remarkable catalyst for earth surface change because it alters two key landscape properties: (1) wildfire greatly increases the susceptibility for overland flow in otherwise well-drained soils, and (2) wildfire increases soil erodibility relative to similar unburned settings. Consequently, order-of-magnitude increases in erosion rates may occur during rainstorms with relatively frequent recurrence intervals. This talk will focus on typical wildfire effects in burned watersheds, with a special focus on the role of wildfire in generating debris flow and landslide hazards.