Home » Calendar » Postcards from Mars: The Latest from the International Armada of Robot Explorers - Livestream »
Tweet 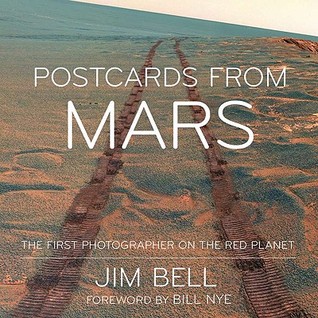 Ten missions have been successfully landed on Mars since 1976, including six rovers that have traversed across a total of nearly 50 km of terrain on the Red Planet. Â Professor JimÂ BellÂ from Arizona State University has been the lead or deputy scientist in charge of the science cameras on the NASA Spirit, Opportunity, Curiosity, and Perseverance rovers, and has had an amazing front row seat for their photographic and geologic adventures.Â Â  In this presentation, Prof.Â BellÂ will share his favorite images and stories from "inside" mission operations and describe the major scientific findings made by these roving and landed missions over the past 45 years, focusing especially on the latest results streaming in from the still-active Curiosity and Perseverance rovers.Â  He will also talk about plans for the next exciting Martian rover and lander adventure -- sample return!

Speaker: JimÂ Bell is a professor in the School of Earth & Space Exploration at Arizona State University.