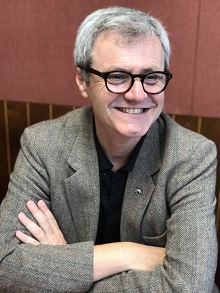 WHAT: Australiaâs Psychic Detectives and Psychic âPredictionsâJust how many crimes have so-called Psychic Detectives solved in Australia? How do their claims stack up against the results? Do Police really call upon the paranormal to find missing people? Join Australian Skeptic Richard Saunders as he examines some famous crimes and the alleged supernatural connection. Also, Richard will give an overview of the worldâs most comprehensive study into psychic predictions.

WHO: Richard Saunders
Richard Saunders starred as the âSkeptical Judgeâ on two seasons of the Australian TV show âThe One: The Search for Australiaâs Most Gifted Psychicâ. He is also the host of the weekly podcast âThe Skeptic Zoneâ, now in its 12th year. Richard is a frequent visitor to the Bay Area, a favorite guest at American skeptical conferences, an origami expert and childrenâs author, CSI Fellow and life member of Australian Skeptics.

HOW:Â This event is presented FREE by the Bay Area Skeptics.