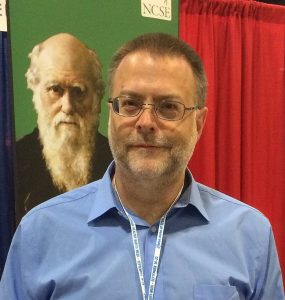 WHAT: AÂ SkepTalk in Berkeley
From the first bill to ban the teaching of evolution introduced in Kentucky in 1921 to the present, legislation aimed at impeding science education has been a regular feature in statehouses around the country. In 2019 alone, no fewer than eighteen such bills have been introduced to date. In his talk, Glenn Branch of the National Center for Science Education, who routinely monitors such legislation, will discuss the varieties, sources, histories, intentions, and fates of these bills and will do his best to promote the idea that South Dakotaâs âAct to protect the teaching of certain scientific informationâ is cursed.

WHO: Glenn Branch
Glenn Branch is Deputy Director of the National Center for Science Education. He is the co-editor, with Eugenie C. Scott, ofÂ Not in Our Classrooms: Why Intelligent Design Is Wrong for Our SchoolsÂ (2006), and the author or coauthor of numerous articles on creationism, evolution education, and climate change education in such publications asÂ Scientific American,Â The American Biology Teacher, andÂ Annual Review of Genomics and Human Genetics. He is a long-time student of pseudoscience of many types.

HOW:Â This event is presented FREE by the Bay Area Skeptics.