Home » Calendar » When Whales Win, Everyone Wins: How a Whale Study in Mexico Transformed a Community »
Tweet 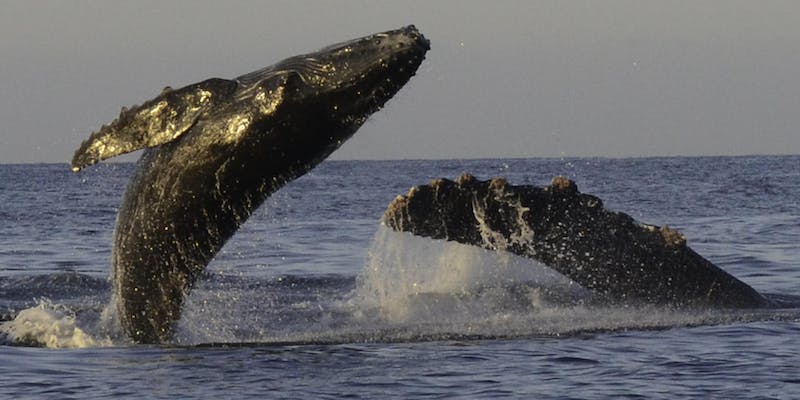 Barra de PotosÃ­ in Southwest Mexico is a little-known jewel, and itâs at a tipping point. Humpback whales breed there every winter, and resident dolphins delight visitors, but before Katherina Audley arrived, fishing was almost the only local industry and it was on the verge of collapse due to fishery decline. For the past six years, Audley and her organization, Whales of Guerrero Research Project, have been working to improve the local economy in a cetacean-friendly way through cooperative research, ecotourism, and community-driven conservation.Â

Whales of Guerrero Research Project has been conducting collaborative whale and dolphin research in Barra de PotosÃ­ since 2013. With local fisheries on the verge of collapse, the organization has worked with local communities to form ecotourism cooperatives providing a new way to make a living.Â  They have trained 75 boat owners from across the region in whale-safe boating, and their environmental education programs have reached 3500+ children in 25 schools.

Over these past six years, Whales of Guerrero Research Project has worked to transform the relationship between people and nature in this special part of the world. The seeds of stewardship have taken root in Barra de PotosÃ­, and now they are beginning to bear fruit: ecotourism has brought 2.5 million USD into the community and the tourism cooperative now outnumbers the fishing cooperative; there isnât a child in the village who canât sing like a humpback whale; women are selling nature-themed handicrafts with great success at a new annual village art fair and beyond; fishermen have become incredibly talented and committed whale watch guides who take care and work together beautifully around whales and dolphins.Â

Come learn about the 16 species of marine mammals identified so far in this region. Hear about thisÂ special village in Mexico where all the resident kids know their local whales by name and how a community of fishermen became committed whale protectors. Katherina will also share her top tips on how to empower and inspire communities to become marine conservationists with the lessons learned along the way.