Home » Calendar » 50 Years Since Our First Step: What Do We Know about the Moon? »
Tweet 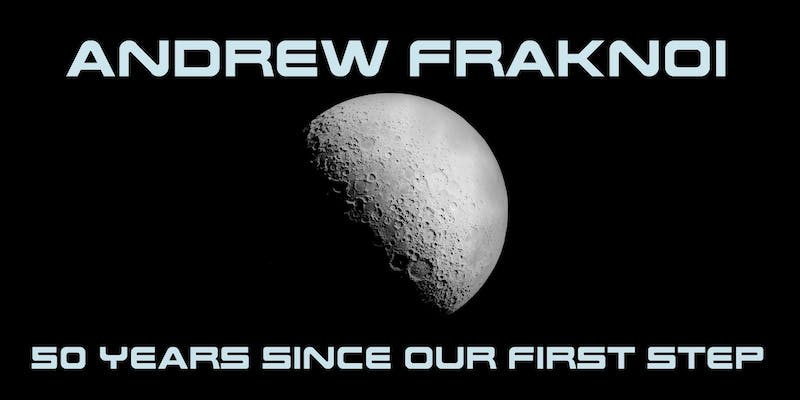 July 20, 2019 is the 50th anniversary of humanityâs first steps on the surface of the moon. In that time, the Apollo missions, a fleet of robotic probes and observations from Earth have taught us a lot about Earthâs surprising satellite. In this nontechnical talk, Andrew Fraknoi, who is sometimes called the Bay Areaâs public astronomer, will look at the past, present and future of the moon, including its violent origins, the mystery of the frozen water we have found at its poles and its long-term future as it moves further and further away from us. Illustrated with beautiful images taken from orbit and on the surface, his talk will make the moon come alive as an eerie world next door, as a changing object in our skies, and as a possible future destination for humanity and its ambitions. Come find out how the achievements of the Apollo program fit into the bigger picture of our involvement with our only natural satellite.