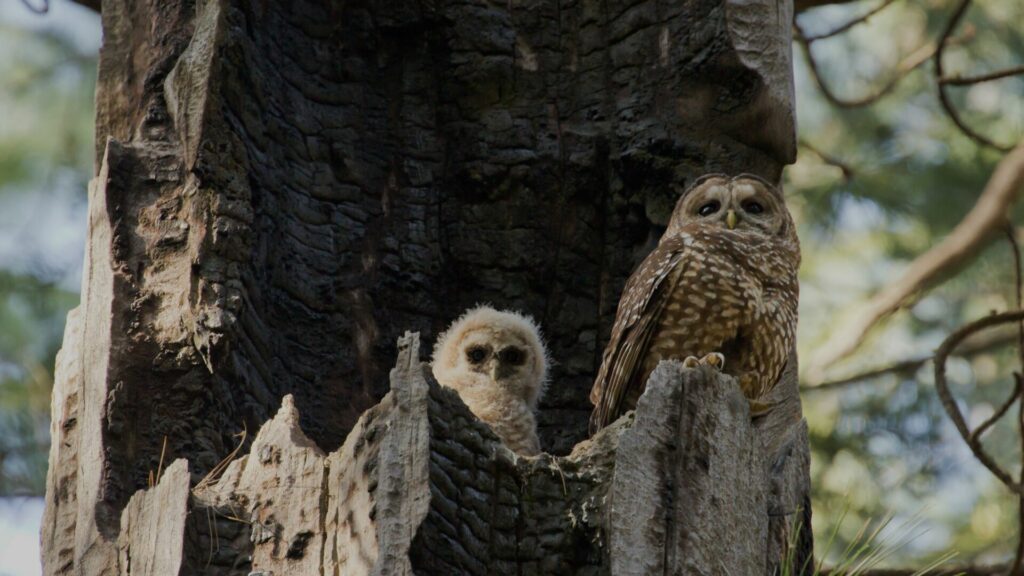 Wildfires swept through California again in the summer and of 2021. While forest thinning and controlled burns may help reduce the risk of future fires, laws that protect old-forest species that are associated with dense canopies and big, old trees often slow the pace and scale of these treatments. However, these species are simultaneously threatened by high-severity fires as well, leading to a lose-lose scenario. The California spotted owl is one such old-forest species, yet like other Sierra Nevada natives, it evolved under a frequent lower-severity fire regime, begging the question: âHow do different kinds of fire influence the California spotted owl?â We examined owl behavior in a high-severity mega-fire, as well as in fire-restored National Parks and found consistent preferences regarding fire severity and patch size that inform future forest and fire management throughout the region and influence the future of these owls as well asÂ human communities andÂ the Sierra Nevada ecosystem as a whole.