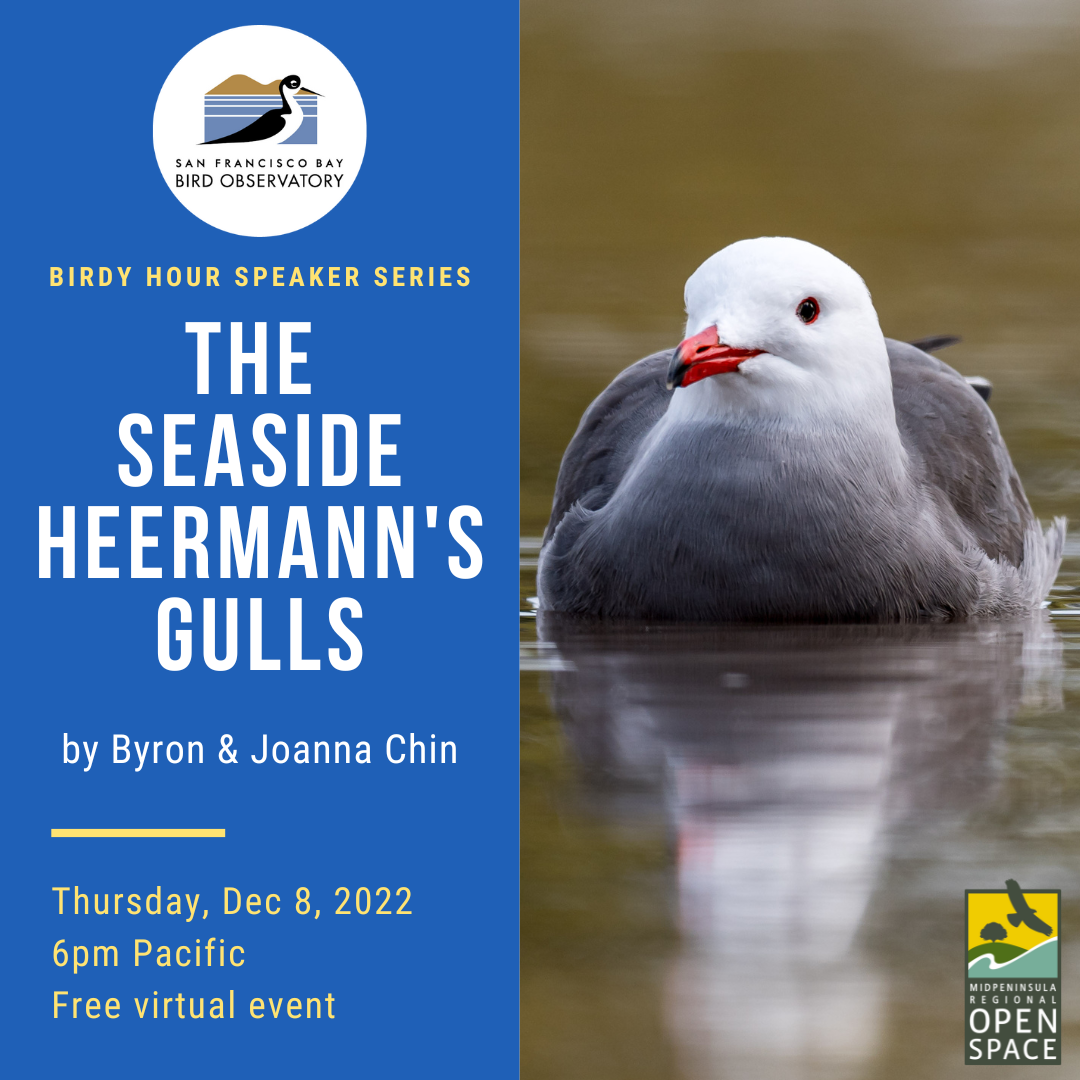 Heermannâs Gulls are beautiful seabirds that were thought to breed exclusively on small islands in the Gulf of California and off the Mexican coast, where their numbers are declining due to warming seas and overfishing. In 1999, a few Heermannâs gulls nested on a man-made island on Roberts Lake in Seaside, California. These birds founded the only known nesting colony of Heermannâs Gulls in the United States. Since then, the colony has survived and grown to about 100 individuals despite many challenges and loss of nesting habitat. Today the colony nests on rooftops around Roberts Lake, and in the last three years, they have even harmoniously shared their nesting territory with a colony of California Gulls. Join us as Byron and Joanna Chin cover the natural history of the Heermannâs Gull, the history of the Seaside colony, the environmental challenges they have endured, and their efforts in conjunction with Monterey Audubon to protect and help these gulls through monitoring, community outreach, and the deployment of a floating nesting island.