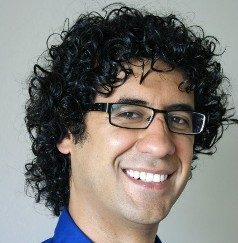 With the global population surpassing 7.8 billion people in 2021, the impacts of human activities on the environment are noticeable almost everywhere on our planet. The consequences of these impacts are still elusive, particularly when trying to quantify them at larger scales. It is essential to trace environmental changes from a local to a global scale over several decades. This task is increasingly fulfilled by Earth-observing (EO) satellites, in particular, radar imaging instruments. Synthetic Aperture Radar (SAR), a cloud-penetrant microwave imaging system, provides unique day-night and all-weather monitoring capabilities. The availability of repeated SAR acquisitions with similar imaging geometry allows performing interferometric SAR (InSAR) processing. InSAR uses radar to illuminate an area of the Earth's surface and measures the change in distance between satellite and ground surface, as well as the returned signal strength. Such measurements are suitable for generating high-resolution digital elevation models and accurate terrain deformation maps. Here, I discuss some of the recent advances in developing modern multitemporal InSAR algorithms. Next, I present examples demonstrating the value of high-resolution Radar EO satellite data for mapping surface deformation with implications for sea-level rise, coastal flooding hazards, and quantifying droughts' impact on groundwater resources. Firstly, I report on high-resolution vertical land motion measurements along the U.S. coast obtained from InSAR, spanning 2003-2020. The findings include subsidence rates of up to several millimeters per year affecting different parts of the U.S. West and Gulf coasts, particularly deltas, wetlands, artificial landfills, and Holocene mud deposits. For instance, a subsidence rate of 2-10 mm/yr affects most coastal areas along San Francisco Bay. Furthermore, it is estimated that between 4.3-8.7 million people in California's coastal communities are exposed to subsidence. In combination with future projections of sea-level rise under different climate warming scenarios, it is estimated that in San Francisco Bay and Houston, an area of 125 km2-429 km2 and 186 km2-1157 km2, respectively, will be subject to inundation and flooding by 2100. Secondly, I present results from an interdisciplinary study of the response of aquifer systems in California's Central Valley to the drought periods of 2007-2010 and 2012-2015. The findings show that during droughts, the land subsidence modulated with a seasonal variation independent of the winter precipitation. The subsidence continues beyond the drought periods, although the groundwater levels have already stopped declining. It is estimated that maximum subsidence rates in the southern San Joaquin Valley are up to ~25 cm/yr and ~35 cm/yr for the 1st and 2nd droughts, respectively. Also, the groundwater loss of 21.3Â±7.2 km3 for the entire Central Valley during 2007-2010 and 29.3Â±8.7 km3 for the San Joaquin Valley during 2012-2015 is obtained. The subsidence-based estimates of groundwater loss are consistent with that of GRACE gravimetric satellites, considering uncertainty ranges. It is also found that due to overdraft, the aquifer system storage capacity was permanently reduced by up to 5%. These sets of case studies highlight the importance of EO satellite data for developing management, adaptation, and resilience plans.